Between history and modernity

Situated at the intersection of traditional trade routes and between the metropolises of Berlin and Prague, Wroclaw and Dresden, the city has developed over the centuries into an important location in the border triangle. As a result, a good and colorful mix of local color and European flair has established itself here, reaching as far as the region of Upper Lusatia. Trade brought wealth and allowed the city to flourish over the centuries. Thousands of architectural monuments are an eloquent testimony to this development. The city has been making history for centuries.

Together that’s what Görlitz and Zgorzelec make as German-Polish border cities in the heart of Europe.

Görlitz is the easternmost city in Germany and the seat of the district of Görlitz. The sixth largest city in the Free State of Saxony is located in Upper Lusatia on the Lusatian Neisse River. Today the city has about 57,000 inhabitants. With the division of the city after World War II, the suburb located on the eastern bank of the Lusatian Neisse was placed under Polish administration. Today, Görlitz and Zgorzelec are linked in partnership. 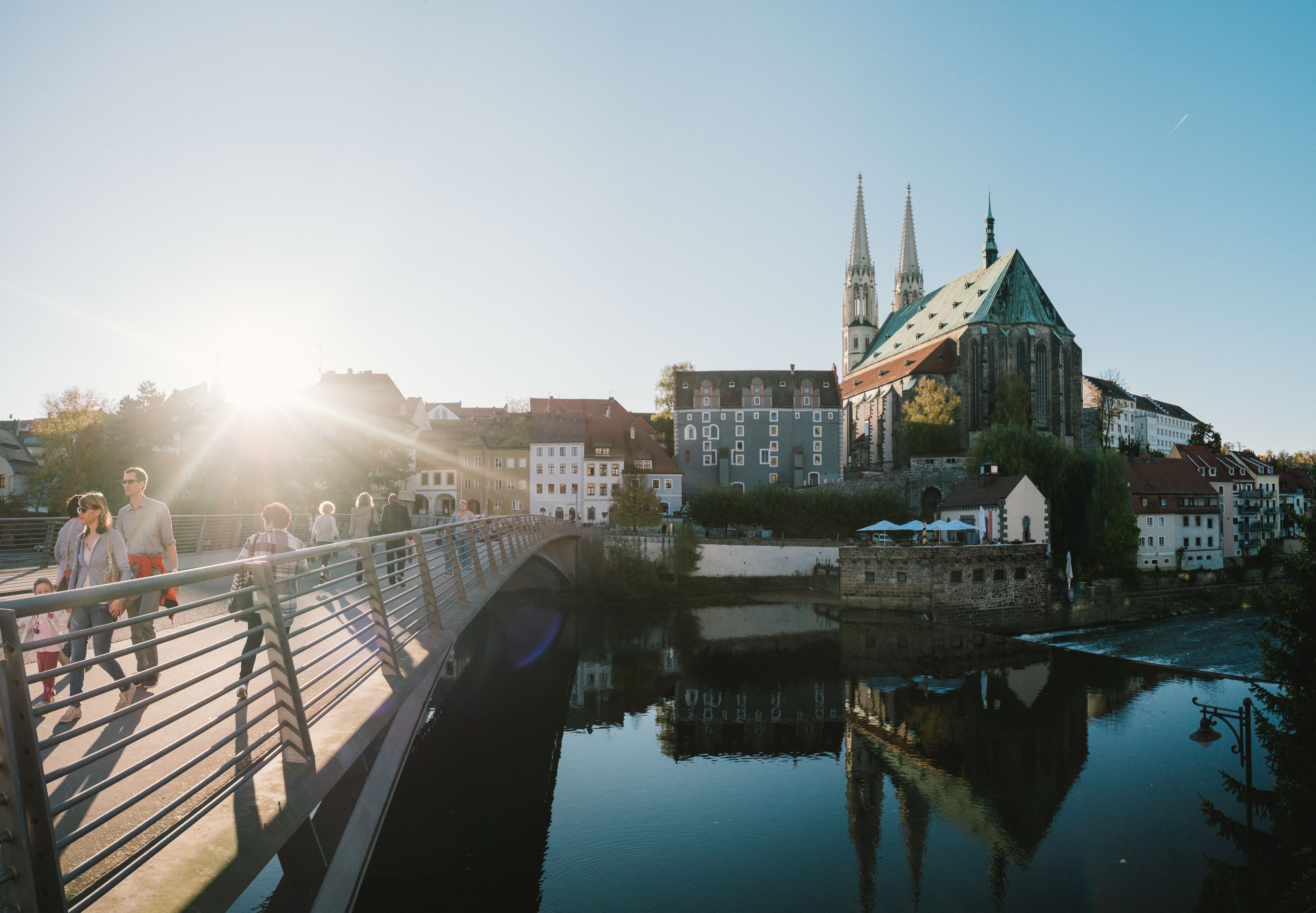 A city that thrives through its connections

On the one hand, Görlitz is a compact city, on the other hand, one of many opportunities. This is ensured by a well-developed service and infrastructure as well as modern educational and health care facilities. Many things in everyday life can be easily reached by bus and streetcar. That means the city offers pleasant living conditions for combining work, family, and leisure time. This is especially true for the end of the workday. Whether on lively market squares, in historic streets or on both sides of the Neisse – everywhere, trendy pubs, stylish cafés and numerous restaurants await their guests. The city’s museums and cultural institutions present the past and present in a creative way. In addition, there’s a varied calendar of events that inspires a diverse audience all year round.

Living, working and researching for the future

We also think, plan and shape the future. Together with interested partners, the European City is working on ambitious goals until 2030 under the motto “TESTING the CITY of the FUTURE – a living and working experiment for a climate-neutral Görlitz.” We are supported in this by committed partners such as the Senckenberg Natural History Museum and modern research institutions such as CASUS (Center for Advanced Systems Understanding). 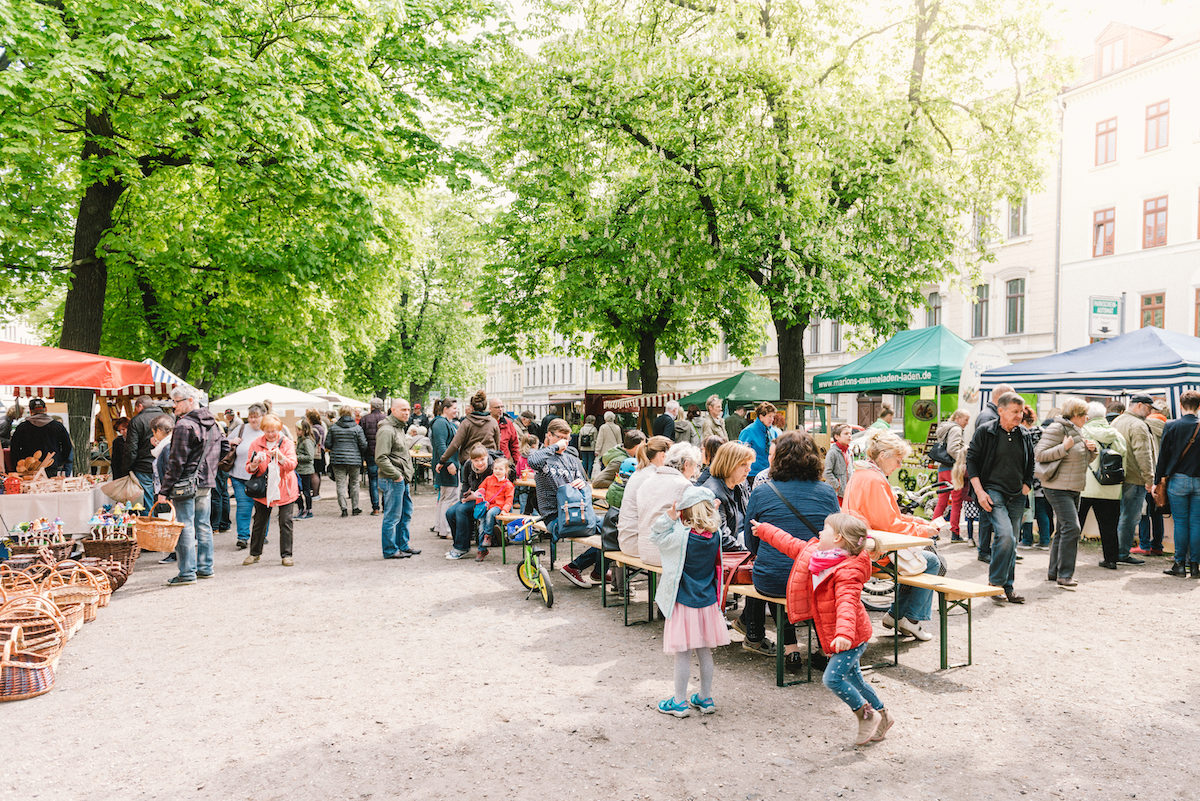 Görlitz: open to all generations

Görlitz’s structures are geared towards a “city of generations”. Elderly people and young families, individuals and communities live here – for many of them there are selected projects and initiatives. For example, while many aspects of mobility and infrastructure are important for the elderly, families are supported by a municipal family office.

Young people are also very important to us, from youth clubs to career choices. Our business development, in turn, provides important impetus – e.g. through targeted campaigns to attract skilled workers for jobs with prospects in our city and region. We particularly welcome civic engagement in every respect! Together we find many ways to shape the heritage between history and modernity for our beautiful city.

The European City’s reputation extends far beyond the borders of Europe – even Hollywood has succumbed to its charm. The magnificent backdrop of around 4,000 individual monuments from the Gothic, Renaissance, Baroque, Art Nouveau and Wilhelminian periods attracts international film productions to the city, time and again. That is why Görliwood® has earned the right to be called “European Film Location of the Decade”.

The city has been the film location for around 100 film productions – including even Oscar®-winning films – and was voted Europe’s best film location of the decade in 2017. Film buffs and guests can explore Görliwood® on special film tours and follow in the footsteps of international movie stars. 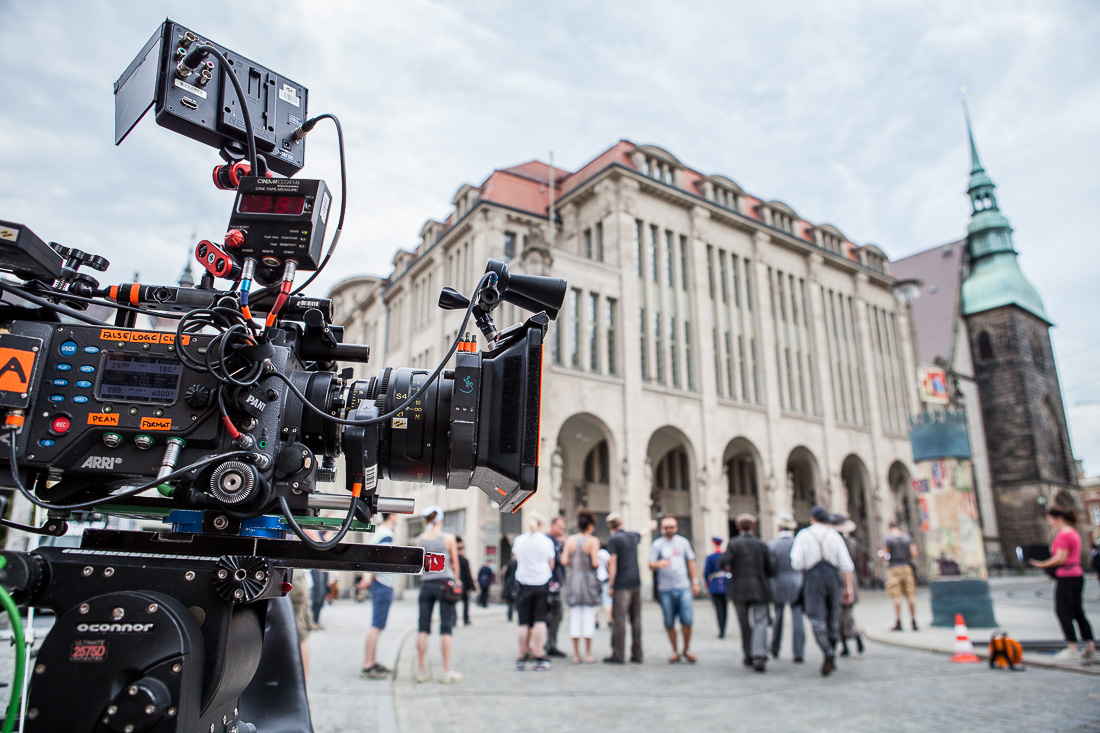 This project has received funding from tax resources on the basis of the budget adopted by the members of the Parliament of the Free State of Saxony.